The World in Faces: Towards a Decade of Action for the World’s Indigenous Peoples and their Languages
Event Date:
Venue:
Paris 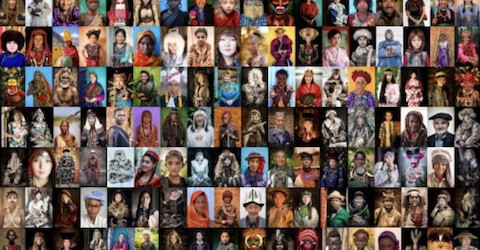 “The World In Faces” exhibition is organized by UNESCO in collaboration with the photography artist Mr Alexander Khimushin, and with the support of the Permanent Delegation of the Russian Federation to UNESCO.

UNESCO serves as lead United Nations Agency, in cooperation with the United Nations Department of Economic and Social Affairs (UNDESA), for the organization of the International Decade of Indigenous Languages between 2022 and 2032.  It will aim to draw attention to the critical situation of Indigenous Peoples and languages, to mobilize stakeholders and resources worldwide for joint actions with national governments, the public sector, Indigenous Peoples’ organizations, civil society, academia, the private sector, media, and others.

The exhibition showcases photographs that display the incredible diversity of Indigenous Peoples’ languages and cultures through portraits of individuals from different parts of the world in their traditional clothing and environment.

About the photography artist

Alexander Khimushin is a Russian photography artist born in Siberia, Russian Federation. He has dedicated the recent years to working on “The World In Faces” photo project. This project visits remote communities of Indigenous Peoples around the world. Documenting and sharing their traditions, languages and cultures to the world through photography is Alexander’s passion. The series has been featured in the media in more than 70 countries, such as in National Geographic, Condé Nast, GEO, Daily Mail, The Daily Telegraph, Der Spiegel, CNN, Arab News, Xinhua and RT. In 2018, Alexander, by invitation of the Office of the United Nations High Commissioner for Human Rights, created an artwork for the #StandUpForHumanRights campaign celebrating the 70th Anniversary of the Declaration of Human Rights. “The World In Faces” photo exhibition was also hosted at the UN Headquarters in New York in 2019 in the framework of the 2019 International Year of Indigenous Languages, during the United Nations Permanent Forum on Indigenous Issues, celebrating Indigenous Peoples and their languages. This year, the United Nations hosts the “World In Faces” virtual photo exhibition on the UN website.

Supported by: The Russian nickel and palladium mining and smelting company “NORNICKEL”