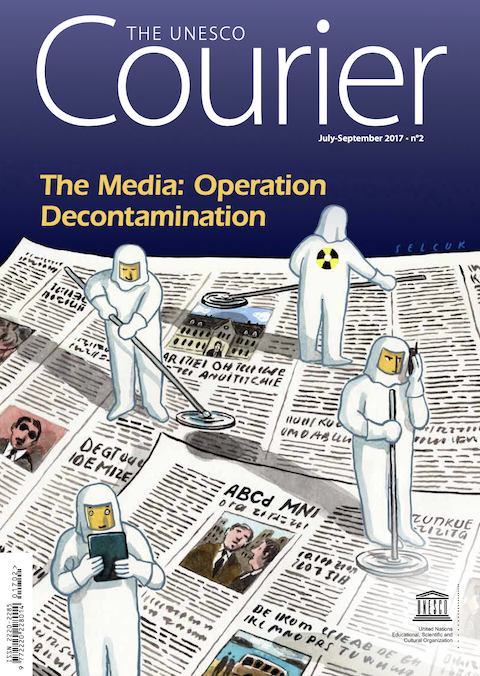 The plurality of enlightened opinions is a prerequisite of the democratic development of our societies. The quality of the information disseminated by the media – traditional or new – is decisive when it comes to shaping public opinion. This is why UNESCO puts special emphasis on education about media and information, which it considers a fundamental skill for citizens in the twenty-first century.

Freedom of expression and the free movement of ideas by words and images are among the constitutive principles of UNESCO and at the core of the 2030 Agenda for Sustainable Development. UNESCO supports the work of dedicated journalists and activists who defend fundamental freedoms, like the journalist Dawit Isaak, winner of the 2017 UNESCO/ Guillermo Cano World Press Freedom Prize, whose story appears in this issue of the UNESCO Courier.

Over the last decade, more than 800 journalists have been victims of crimes aimed at muzzling freedom of expression. Only one murder out of ten ended with a conviction. This impunity is unacceptable and further fuels the spiral of violence in the future. This is why UNESCO is committed to putting an end to these crimes against the press, on all continents, as an indispensable condition for peaceful societies that are all the more robust for being better informed.

In this “post-truth” era, the role of UNESCO is more important than ever, and this issue of the Courier is a wonderful opportunity to renew our founding commitment to support information and communication to build peace in the minds of men and women.