Round Table on "Slavery, race and racism: how to break free from racial representations?"
Event Date:
Thu, 2019/03/21
Venue:
Paris, France 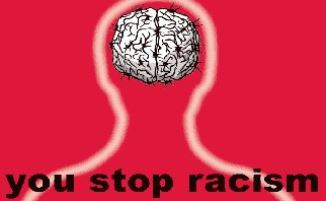 On the occasion of the International Day for the Elimination of Racial Discrimination, 21 March, UNESCO will organize a roundtable discussion on the sources of racial prejudice, the impact of racism and the persistence of racial biases in contemporary societies. This event attempts to deconstruct the concept of race, to analyze the racial prejudices inherited from the slave trade and seize opportunities to fight against it. Notable experts who will take part in the debates include: Alan Goodman, anthropologist; Françoise Vergès, political scientist; Marcel Dorigny, historian; Patrick Simon, socio-demographer; Gaspard Njock, cartoonist; Hélène Geoffroy, Mayor of Vaulx-en-Velin City; Nell Irvin Painter, historian; and Mactar Ndoye , representative of the Office of the United Nations High Commissioner for Human Rights.

The notion of race is a social construct that has often been invoked to justify systems of domination and exploitation. Since its creation, UNESCO has been engaged in fighting against racial theories by mobilizing the greatest scientists to demonstrate the inanity of the concept of race and racist theories. The Organization had also adopted a series of Declarations and normative instruments of international scope.

Today, we are witnessing a resurgence of unabashedly expressed prejudices in stadiums, social media and political arena. Despite all efforts to deconstruct the racial prejudices inherited from the slave trade and colonial era, these representations continue to permeate political and even academic discourse, cultural expressions and popular imagery.

In the view of such bias, UNESCO has decided to lead the combat against discrimination on the field, in the cities, setting an International Coalition of Inclusive and Sustainable Cities (ICCAR) that involves more than 500 cities worldwide. At the same time, the Organization has contributed to the understanding of the historical roots of prejudice and racism through its “Slave Route Project: Resistance, Liberty, Heritage”.

The International Day for the Elimination of Racial Discrimination therefore provides an opportunity to discuss racial representation and to deepen our reflection on the ways and means to deconstructing and liberating ourselves from deep racial bias. To this end, UNESCO will organize this Round Table.

The commemoration of the Day will also be marked by the launch of a campaign against racism and discrimination by the City Hall of Bordeaux, a member city ICCAR.

The interpretation of proceedings serves to facilitate communication and does not constitute an authentic record of the proceedings. Only the original speech is authentic.

Fight against Racism, Discrimination and Xenophobia

Culture of Peace and Non-violence