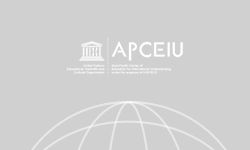 The extreme actions taken by security forces against people seeking asylum and the recent violent attacks against workers for human rights and humanitarian organizations in Greece are an alarming development, said 85 organizations in a joint statement on Friday. They call on the Greek government and its EU partners to urgently change course, respect EU and international law and show solidarity for those seeking safety.

The statement denounces the use of people fleeing violence and persecution, who are stranded at the borders of Europe, as bargaining chips for political purposes. It also criticizes "the climate of panic and rhetoric of 'asymmetric threat'" that has been promoted by Greek authorities. This rhetoric does not reflect the reality on the ground, and it seriously affects not only people seeking asylum, but European society and the rule of law in Greece and the rest of Europe.

The organizations call on the Greek government to overturn its decree suspending the right to seek asylum. Greece also must immediately stop returning people to places where their lives and freedom are at risk, or where they are at risk of torture and other inhuman or degrading treatment or punishment.

The organizations also say that the EU should assume responsibility for protecting people on the move, respecting the laws and people's right to dignity and safety. The right to asylum and the respect for the principle of non-refoulement are fundamental elements of international and EU law, and so the authorities of the European Union have a legal duty to take the necessary measures for their protection, the statement says.