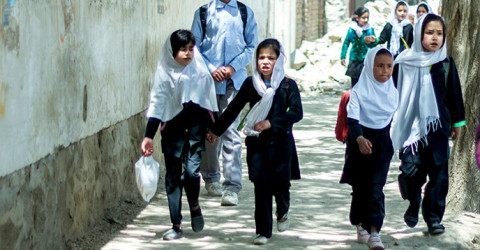 Afghanistan stands at a turning point in history. It is critical for the country, and for the entire region, that progress made over the last two decades, in terms of human rights, education and international standards remains in place.

Since 2002, UNESCO and its Afghan and international partners have carried out several nation-wide programs to reform the education system, to protect cultural heritage, to increase scientific capacity, and to ensure the safety of journalists. These initiatives helped advance Afghanistan’s progress towards meaningful development.

Afghanistan has made the following gains:

These achievements all show that today Afghan society is very different from 20 years ago. The country has made huge strides, but they must be preserved or the country’s development will unravel.

Many challenges lie ahead for Afghanistan:

UNESCO is committed to step up its support to the Afghan people. Recalling what has been achieved over the past two decades, UNESCO wishes to remind the international community what is at stake in its fields of competence, to serve as a benchmark for the future.

UNESCO is monitoring the evolving situation in Afghanistan with particular attention to issues concerning the universal right to education, freedom of expression and heritage. For further details, please read our statements here: