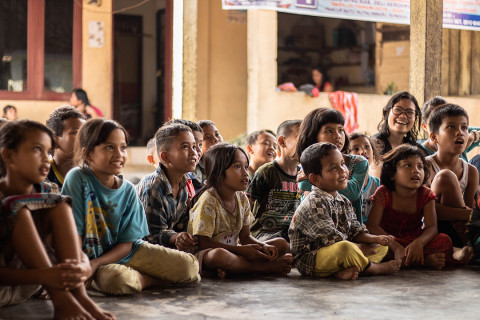 The 2019 edition of the UN’s Human Development Report challenges the idea that economic growth will automatically lead to development and wellbeing, explaining how systemic inequalities are deeply damaging society. The publication notes that, as the gap in basic living standards is narrowing for millions of people, inequalities related to education, technology and climate change have sparked demonstrations across the globe as the necessities to thrive have evolved.

The report titled, ‘Beyond income, beyond averages, beyond today: inequalities in human development in the 21st Century,’ was launched by the UN Development Programme (UNDP) on 9 December 2019, in Bogota, Colombia.

What used to be “nice-to-haves” – attending university, or access to broadband – are increasingly important for success.

Per the report’s findings, in countries with very high levels of human development, subscriptions to fixed broadband are growing 15 times faster, and the proportion of adults with tertiary education is growing over six times faster than in countries with low levels of human development. Therefore, UNDP notes, what used to be “nice-to-haves,” such as attending university or access to broadband, are increasingly important for success.

The 2019 edition of the annual publication includes a new index on social norms. According to the Social Norms Index, in half of the countries assessed, gender bias has grown recently. For example, around 50% of people interviewed across 77 countries declared that they think men make better political leaders than women, and more than 40% believe that men make better business executives. Under SDG 5 on gender equality, target 5.1 calls to “end all forms of discrimination against all women and girls everywhere,” and target 5.5 calls to “ensure women’s full and effective participation and equal opportunities for leadership at all levels of decision-making in political, economic and public life.”

The report also looks into the future, analyzing the prospects of future inequality in relation to “two seismic shifts that will shape the next century,” namely the climate crisis, and the technological transformation that includes renewables and energy efficiency, digital finance and digital health solutions.

The 2019 Human Development Report analyzes inequality in three steps: beyond income, beyond averages, and beyond today. Highlighting that the problem of inequality is “not beyond solutions,” the publication proposes tackling it through, inter alia: