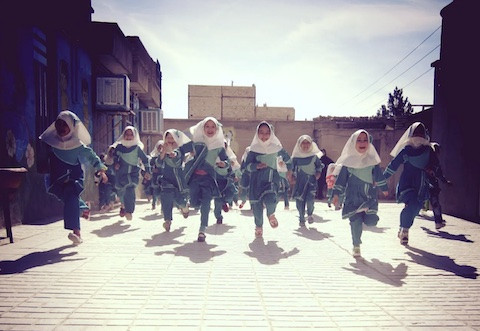 In 2001, a six-year-old girl in Afghanistan could expect, despite the odds, to attend primary and secondary school, graduate from university, and pursue a profession.

These days might be over if the new order instates a system that institutionalizes discrimination against girls and women, and annuls commitments made over the past two decades to advance education. The consequences would be catastrophic for the people, the country and regional and global security.

Although the country still lags far behind its South Asian neighbours on all education indicators, the progress achieved over the past twenty years – starting nearly from scratch – is nothing short of remarkable. This is documented in trends assessment report published by UNESCO here.

In twenty years, the total number of enrolled students increased tenfold, from around 1 million to 8 million learners. From almost zero in 2001, the number of girls in primary school shot up to 2.5 million in 2018. Today 4 out of 10 students in primary education are girls. Their number in higher education increased from around 5,000 in 2001 to 90,000 – representing 25 percent of the student population. The number of teachers rose by 58% – and that of female teachers by over 100 %. The female literacy rate almost doubled from 17% to 30%, even if it still remains one of the lowest in the world.

Behind these numbers lies empowerment, voice and opportunity – the possibility to participate in society, to contribute to one’s country. Education is a game changer.
Over the past 15 years, with support from bilateral partners, UNESCO led the largest literacy program in Afghan history, reaching 1.2 million learners, including 800,000 women and girls, as well as 45,000 police officers. We supported the development of national strategies for education, established the first ever national institute for educational planning, trained planning officers and contributed to the reform of the education curriculum.

It’s not the time to put a clamp on extraordinary progress but instead to maintain and step up investment in education to consolidate gains, bring down barriers to expand access, improve learning and keep children in school for a full cycle. We need breakthrough not breakdown strategies.

The challenges ahead are colossal. Half of primary school-aged children are not enrolled in school while 93% of children at late primary are not proficient in reading. Child marriage continues to put a pall on girls’ education and future, affecting 1 in 3 girls under 18. The COVID-19 pandemic and conflict have placed additional strain on education development with millions of learners affected by the closure of schools and other educational institutions. The number of internally displaced persons is projected to increase, heightening the risk of learning losses among children.

The system remains heavily dependent on external aid that accounts for half the education budget. A withdrawal of aid could lead the system to implode. We cannot let the Afghan people down but there are red lines. Afghanistan has enshrined the right to education for all citizens in the Constitution adopted in 2004 and guarantees 9 years of compulsory education for all girls and boys. It has signed up to international normative instruments relating to education and the rights of women, including the Convention against Discrimination in Education in 2010 and Convention on Discrimination against Women before this, in 2003.

Upholding these commitments to build on the achievements of the past two decades is the starting point. This means respect for girls’ and women’s rights and their full access to education and training opportunities at all levels, including scientific disciplines. It entails curricula that promote non-violence, appreciation for cultural diversity and peace. It means ensuring safe learning environments for all learners and teachers in line with the Safe School Declaration endorsed by the country. Today’s challenges are global and interdependent, and education must reflect this to help youth build resilience and navigate change to benefit their country.

You can’t take away knowledge that’s been acquired but you can keep a whole nation locked in poverty without making education a foundation for the future. The country needs more education for girls and boys to reduce poverty, make a dent into still dramatically high levels of child mortality, malnutrition and stunting. Afghanistan, together with all the world’s nations, adopted ambitious global goals in 2015 for peace, planet and prosperity. They may seem beyond reach, but as the past 20 years have demonstrated, rapid change is possible. It’s happened through political will and international collaboration – and the shared conviction that education holds the power to transform lives and development trajectories. Nearly 65% of the Afghan population is under 25 – this is the country’s richest resource and its future. We need political will and commitment from the new authorities and summon international solidarity to provide children and youth with their fundamental right to learn. Everyone will win if universal education becomes the bedrock of recovery and peace-building that the Afghan people desperately need.