New international day against violence and bullying at school including cyberbullying
Post date:
12/12/2019 - 10:24 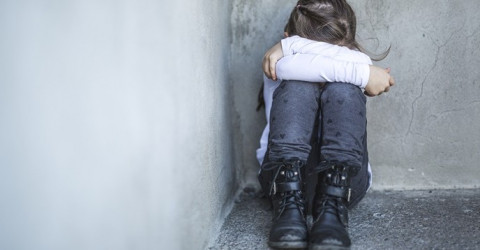 UNESCO Member States have declared the first Thursday of November of every year, the International Day against Violence and Bullying at School Including Cyberbullying, recognising that school-related violence in all its forms is an infringement of children and adolescents’ rights to education and to health and well-being. It calls for the strengthening of partnerships and initiatives that accelerate progress to prevent and eliminate violence and bullying at school including cyberbullying.

UNESCO Assistant Director-General for Education, Stefania Giannini, said: “This International Day calls for a major step up in ambition to prevent and eliminate violence and bullying at school including cyberbullying. We know what works; from strong political leadership and collaboration between partners and the community, to better data, teacher training and positive school environments. It’s time for these to be fully applied, so we can put an end to the devastating issue of school violence.”

The proposal for the international day from France, Mexico and Morocco notes the need to genuinely address the root causes of violence and promote a culture of respect for students’ rights and of zero tolerance to violence. It calls upon Member States, UN partners, other relevant international and regional organizations, as well as civil society, including non-governmental organizations, individuals and other stakeholders to help promote, celebrate and facilitate the international day.

Addressing school violence and bullying is essential in order to achieve the Sustainable Development Goals (SDGs), in particular SDG 4, which aims to ensure inclusive and equitable quality education and promote lifelong learning opportunities for all, and SDG 16, which aims to promote peaceful and inclusive societies.

How bad is the problem of school violence and bullying including cyberbullying?

According to UNESCO’s report, Behind the numbers: Ending school violence and bullying, which presents the most up to date and comprehensive evidence on the issue,  almost one in three students has been bullied by their peers at school at least once in the last month, and a similar proportion are affected by physical violence. Online and mobile phone bullying is also on the rise, with evidence showing a strong connection and continuum between offline and online bullying. Most students who are victims of cyberbullying have been bullied in school first, and a large percentage of victims of bullying have been bullied both online and offline.

The consequences of violence and bullying at school including cyberbullying are far-reaching. This includes children and youth finding it difficult to concentrate in class, missing classes, avoiding school activities, playing truant or dropping out of school altogether. This has an adverse impact on academic achievement and future education and employment prospects. An atmosphere of anxiety, fear and insecurity is incompatible with learning and unsafe learning environments can undermine the quality of education for all learners.

The international day is a contribution to Safe to Learn, a five-year global campaign to end violence in schools so children are free to learn, thrive and pursue their dreams. It brings together partners from the education, child protection and violence-prevention communities, ensuring that these groups connect their efforts and build on each other’s strengths to make schools safer. UNESCO is an official partner in the Safe to Learn campaign, and a member of the Global Partnership to End Violence Against Children.

Dr Howard Taylor, Executive Director of the End Violence Partnership welcomed the International Day against Violence and Bullying at School Including Cyberbullying as an important step towards ensuring all children are safe to learn. He said, “Without addressing violence in schools - and online - we are undermining broader investments in the education system. Children are agents of change within their own schools and communities, and continue to demand more urgent action. The international day is an important opportunity to galvanise the strength of partnerships to bring focus and attention to end all forms of violence, including bullying within schools and online. Ending violence against children is possible. The time to end it is now.”

Magnus Loftsson, Chair of Scientific committee, World Anti-Bullying Forum, added: “The World Anti-Bullying Forum gladly welcomes the news of an international day that highlights children's rights not to be subjected to the type of violence that bullying entails. Since bullying is a global problem we must look globally together for solutions and jointly focus on the issue, which the International Day against Violence and Bullying at School Including Cyberbullying enables.”