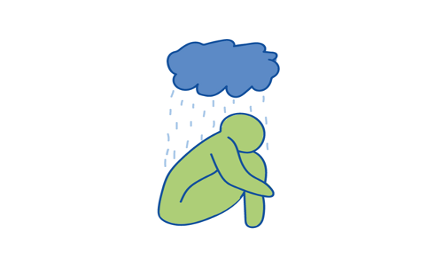 Today we celebrate the International Day for the Elimination of Violence against women, something which also takes place in educational settings. Today is also the start of the 16 day campaign against violence against women, run annually from November 25 to December 10 (International Human Rights Day). Earlier this month we also celebrated the first ever International Day against Violence and Bullying at School, including Cyberbullying. To mark these occasions, we share some findings of our recently released GEM 2020 Gender Report on the prevalence of school-related gender-based violence worldwide and measures to prevent and address it.

School-related gender-based violence involves acts or threats of sexual, physical, or psychological violence occurring online, in or around schools. These categories overlap with each other, and they are rarely developed as isolated events. They tend to be deeply rooted in unequal gender relations, gendered social norms and discriminatory practices.

Girls are more likely to experience sexual violence perpetrated by classmates and teachers. In sub-Saharan Africa, girls reported that male teachers demanded sexual favours in exchange for good grades, preferential treatment in class, money and gifts. In Ghana, Kenya and Mozambique, girls stated it was difficult to decline teachers’ proposals as they feared retaliation.

Boys are more often subject to physical violence. Globally, 45% of male students reported being involved in a fight compared to 27% of girls. In most countries, boys are also more likely than girls to experiencecorporal punishmentperpetrated by teachers. The prevalence ofbullying is even higher for boysin most countries.

The rapid advancement of technology has increased risks of threats, intimidation and harassment online. In European countries, one in five 18- to 29-year-olds reported having experienced cyber-harassment. Similarly, evidence from the UNICEF Global Kids Online Report indicates that, on average, a higher percentage of girls reported suffering from violence online (54% vs 48% of boys). Girls were more likely to be treated in a hurtful or nasty way via social networks (38%), text messages (21%), mobile phone calls (16%) and chat rooms (5%) while boys reported more mistreatment in online games (10%) and on media-sharing platforms (5%) such as YouTube, Instagram and Flickr.

School-related gender-based violence often goes unreported and unpunished for different reasons, including lack of reporting mechanisms and confidentiality, fear of further retaliation, stigmatization, lack of support, taboos, and lack of awareness of one’s rights. Research from Cambodia, Indonesia, Nepal, Pakistan and Vietnam suggests that students lack trust and confidence in reporting due to the fear of being blamed and the absence of structured responses from school to address this issue.

Consequences may include severe health and psychological harm, pregnancy, HIV or other sexually transmitted infections. Violence can lead to loss of interest in school, disrupted studies or early school leaving. In Honduras, 55% of girls reported not attending school at some point due to physical violence perpetrated by teachers, while 22% of female students in Malawi missed school due to unwanted sexual experiences. According to 2018 PISA data, bullied students in OECD countries scored 21 points lower in reading on average than their peers who had not been bullied.

There are concerns that the COVID-19 pandemic may intensify the risk of domestic violence, including against children, as a consequence of the restricted movement. Limited access to support services may reduce access to contraceptives and increase unintended pregnancies as is being reported in Kenya, for example, possibly leading to early marriage and school dropout.

Peace is not just the absence of war. Many women under lockdown for #COVID19 face violence where they should be safest: in their own homes.

Today I appeal for peace in homes around the world.

I urge all governments to put women’s safety first as they respond to the pandemic. pic.twitter.com/PjDUTrMb9v

What steps have been taken to address school-related gender-based violence?

Countries have introduced laws, policies and programmes to combat SRGBV. The GEM 2020 Gender Report and our background paper on the issue show measures that have been evaluated and have promising results.

Curriculum-based programmes. Evidence shows that most countries have adopted curriculum-based programmes to prevent school-related gender-based violence and challenge gendered norms. Connect with Respect is an example of a curriculum-based approach in Southern and Eastern Africa and the Asia/Pacific region that aims to help students understand concepts such as gender-based violence and respectful relationships, assisting them in challenging harmful practices through practical learning activities. Access to comprehensive sexuality education as part of the curriculum is also critical to prevent school-related gender-based violence. The World Starts with Me programme in Uganda combines comprehensive sexuality education with learning IT skills targeted at in- and out-of-school youth.

Working with young men and bystanders. Some programmes to combat school-related gender-based violence are addressed explicitly to male students to raise awareness of gender-based violence. The Young Men Initiative in the Balkans seeks to contribute to non-violent and gender-equitable lifestyles amongst boys and men, offering a gender transformative life skills programme. In Hong Kong, Project P.A.T.H.S aims to help secondary students develop different life skills. Part of this programme focuses on facilitating students to become helpful social bystanders, through general awareness-raising on bullying, space for self-reflection and opportunities to rehearse this new behaviour.

School codes of conduct. The development or enforcement of school codes of conduct is a step that has been taken to address school-related gender-based violence in Côte d’Ivoire, Ethiopia, Sierra Leone and Zambia, which launched in 2018 the Teaching Profession (Code of Ethics) Regulations where gender discrimination is prohibited, together with corporal punishment, ill-treatment or abuse.

Infrastructure. Modifying or adapting specific school settings could prevent school-related gender-based violence and improve student safety. Shifting Boundaries, a US-based programme created in 2010 in response to high levels of violence in schools, increased staff presence in spots where violence is likely to occur, while students and teachers helped identify these points.

Reporting mechanisms, counselling, support and referral services. Some countries have implemented confidential, independent and easily accessible reporting mechanisms to providing victims/survivors and witnesses with secure channels to denounce school-related gender-based violence.  In Nepal, the Zero Tolerance Programme incorporated a suggestion box as a reporting mechanism to encourage students to inform authorities about any incident. Feeling safe at school implies not only being able to report violence cases but also receiving the appropriate assistance from school authorities.  In Brazil and the Democratic Republic of Congo, the Youth Living Peace Programme provides therapy to adolescents who have witnessed and/or experienced violence in their homes.

Although there is still much to do to reduce school-related gender-based violence, the programmes described above show satisfactory outcomes and possibilities to be replicated in other contexts. Some factors may determine their success. Programmes for boys appear to be successful in challenging gender stereotypes. Participatory and multisectoral approaches also characterize the most successful programmes. Collaborative work with students, parents, school personnel and community, seem to be fundamental, not only to create a feeling of ownership but also to identify their specific concerns. Building strong political commitment to reduce school-related gender-based violence is necessary to place the issue as a priority in the political agenda.

By Constanza Ginestra, Nicole Bella and Matthias Eck in the GEM Report team