UNESCO Finds that Some Iconic World Heritage Glaciers Will Disappear by 2050
Post date:
2022/11/30 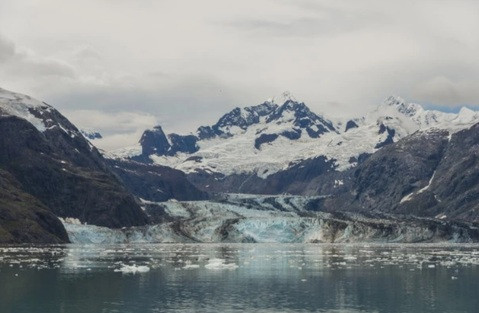 New UNESCO data highlight the accelerated melting of glaciers in World Heritage sites, with glaciers in a third of sites set to disappear by 2050. But it is still possible to save the other two thirds, if the rise in global temperatures does not exceed 1.5°C compared to the pre-industrial period. This will be a major challenge for COP27.

50 UNESCO World Heritage sites are home to glaciers (A total of 18,600 glaciers have been identified in these 50 sites, covering around 66,000 km2), representing almost 10% of the Earth’s total glacierized area. They include the highest (next to Mt. Everest), the longest (in Alaska), and the last remaining glaciers in Africa, amongst others, giving a representative overview of the general situation of glaciers in the world.

But a new study by UNESCO, in partnership with IUCN, shows these glaciers have been retreating at an accelerated rate since 2000 due to CO2 emissions, which are warming temperatures. They are currently losing 58 billion tons of ice every year – equivalent to the combined annual water use of France and Spain– and are responsible for nearly 5% of observed global sea-level rise.

The report concludes that glaciers in a third of the 50 World Heritage sites are condemned to disappear by 2050, regardless of efforts to limit temperature increases. But it is still possible to save the glaciers in the remaining two thirds of sites if the rise in temperatures does not exceed 1.5°C compared to the pre-industrial period.

This report is a call to action. Only a rapid reduction in our CO2 emissions levels can save glaciers and the exceptional biodiversity that depends on them. COP27 will have a crucial role to help find solutions to this issue. UNESCO is determined to support states in pursuing this goal.

In addition to drastically reduced carbon emissions, UNESCO is advocating for the creation of an international fund for glacier monitoring and preservation. Such a fund would support comprehensive research, promote exchange networks between all stakeholders and implement early warning and disaster risk reduction measures.

Half of humanity depends directly or indirectly on glaciers as their water source for domestic use, agriculture, and power. Glaciers are also pillars of biodiversity, feeding many ecosystems.

When glaciers melt rapidly, millions of people face water scarcity and the increased risk of natural disasters such as flooding, and millions more may be displaced by the resulting rise in sea levels. This study highlights the urgent need to cut greenhouse gas emissions and invest in Nature-based Solutions, which can help mitigate climate change and allow people to better adapt to its impacts.

Examples of endangered glaciers by region

UNESCO thanks IUCN, ETH Zurich, the Swiss Federal Institute for Forest, Snow and Landscape Research (WSL), and the Space Geophysics and Oceanography Studies Laboratory (LEGOS) of the French National Center for Scientific Research (CNRS) for their contribution to this study.

Note on the methodology

Glaciers in World Heritage sites have been identified by overlaying the delineation of sites with data from the Randolph Glacier Inventory (RGI) and Global Land Ice Measurements from Space (GLIMS) databases. These databases are among the most comprehensive inventories of glaciers worldwide and provide information (e.g. glacier geometry, glacier area, snowlines, supraglacial lakes and rock debris, and other glacial attributes) for more than 200,000 glaciers.

In the case of Yellowstone and its close vicinity, 8 glaciers (most probably very small ice patches) covering only 3km2 have been identified. The RGI and GLIMS databases are regularly updated so it could be that some of these glaciers or very small ice patches might have already disappeared, which comes to assert our projections.