World Science Day takes us on a ‘fantastic voyage’ into the world of molecules and modelling
Post date:
2022/11/17 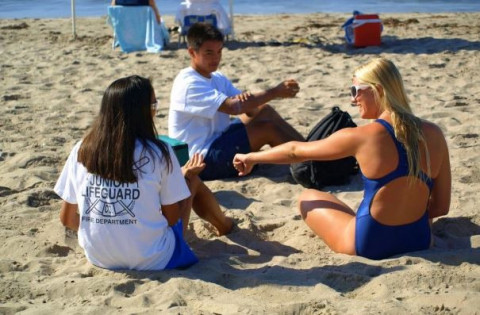 A webinar organized by UNESCO to mark World Science Day for Peace and Development on 10 November set out to demystify the basic sciences – biology, chemistry, mathematics and physics – by explaining the link between curiosity-driven science and the seemingly inexhaustible range of applications that can result, often with a lasting impact on peoples’ lives and sustainable development.

In The Fantastic Voyage, a US film from the 1960s, a submarine crew is shrunk to a microscopic size and injected into the blood stream of an injured scientist to repair damage to his brain. Human travel through the body may fall within the realm of science fiction but, thanks to leaps and bounds in basic science in recent years, it is now possible to introduce tiny nanoparticles into the human body directly in order to deliver medical drugs, or via the creams found in cosmetics and sunscreens.

One of the six speakers to address the webinar, Professor Sara Abdesalam described how her work was contributing to this fantastic voyage. She explained how the gold nanoparticles that she is studying can carry drugs through the human body to help combat cancerous tumours.

An Associate Professor of Mathematics at the British University of Egypt, Dr Abdesalam recalled that gold had long been known for its ability to delay premature ageing by rejuvenating skin cells, boosting blood circulation and increasing skin elasticity to reduce dryness and lighten the complexion. Some 2,000 years ago in Egypt, the pharaoh Cleopatra used to apply a face mask made of gold to give herself a glowing complexion. Today, cosmetic companies use gold nanoparticles in their skincare products with the blessing of the US Food and Drug Administration.

However, nanoparticles come in a range of metals. Dr Abdesalam has also been studying nanoparticles in the form of titanium, one of the strongest metals of all. She explained to viewers how titanium nanoparticles can be used to manufacture sunscreens that are partially absorbed through the skin to protect it from the sun’s ultraviolet rays.

Health was also the focus of Dr Hailan Hu’s work. A neuroscientist from Zhejiang University School of Medicine in China, she was one of this year’s recipients of the L'Oréal-UNESCO For Women in Science International Award for ‘her groundbreaking work in deciphering the mechanism behind depression and informing the development of next-generation antidepressants’.

In 2017, depression overtook heart disease and cancer to become the number one disabling disease in the world.  Professor Hu told the fascinating story of how the drug ketamine came to be used as an anti-depressant.

Currently, medical drugs combat depression by elevating chemicals in the brain such as dopamine and serotonin which are associated with reward. However, most of these drugs take 6–8 weeks to work and then only in about 30% of patients.

‘Recently’, she said, ‘the drug ketamine has brought about a revolution to the pharmaceutical world…, as ketamine can cause a very rapid antidepressant response – within one to two hours – in more than 70% of treatment-resistant patients’.

She explained that, ‘a few years ago, my lab discovered that depression has a lot to do with a tiny part of the human brain called the lateral habenula, which plays a big role in mediating different emotions, such as stress, fear and disappointment. When the lateral habenula becomes overactive, it inhibits the reward centre in the brain. What ketamine does is to disinhibit the reward centre to improve the person’s mood’. Ketamine was originally used at a higher concentration as an anaesthetic, until academic researchers realized about 20 years ago that it could act as an effective anti-depressant at a lower dose.

‘The global mental health crisis has been exacerbated by the Covid-19 pandemic’ over the past three years, remarked Professor Hu, ‘as the pandemic has caused widespread anxiety both among those with long Covid and those indirectly affected by the pandemic, such as children. Unfortunately, I don’t think that we have prepared enough for this complication’, she said, adding that this made it important for policy-makers to support the ongoing scientific research in this area, in order to understand the impact on mental health of the societal trauma caused by Covid-19.

"This is a time when we really need science to understand what is happening in the world."

Economics, infectious diseases and climate change can all be modelled

What is the link between economics, infectious diseases and climate change? That was the question asked – and and answered – by Dr Matteo Marsili from UNESCO’s Abdus Salam International Centre for Theoretical Physics in Italy. He described how modelling can help us to understand complex phenomena of relevance to sustainable development.

Dr Marsili explained that economics, infectious diseases and climate change could all be modelled. Whether a scientist was looking at the microstate, such as the composition of a chemical compound, or at the macrostate, as in the case of collective behaviour, these data could be modelled, he said. For instance, ‘an economy is made up of commercial firms and consumers who interact through markets’, he remarked. ‘This collective behaviour can be modelled’.

Similarly, climate change can be modelled on the basis of parameters that include the source and volume of emissions of different greenhouse gases and how different factors influence the way in which these emissions evolve over time, such as if petrol-consuming vehicles are replaced by hybrid ones on a massive scale.

Mathematical models can also study what happens when a system becomes unstable, such as during a financial crisis (economic system), or in the event of a surge in greenhouse gas emissions (climate system), or when a certain type of bacteria attack the human gut (digestive system).

Standing on the shoulders of giants to see further

Each biologist, each chemist, each physicist, each mathematician builds on the work of their predecessors and peers. As UNESCO Assistant Director-General for Natural Sciences Shamila Nair-Bedouelle recalled in her introduction to the webinar, human progress is a story that has been written over thousands of years, as inquisitive minds have built on the discoveries of their forebears to add another stone to the edifice of knowledge. Quoting the English mathematician, Isaac Newton, who lived 300 years ago, she said ‘if I have seen further, it is by standing on the shoulders of giants’.

The theme of this year’s World Science Day espoused that of the International Year of Basic Sciences for Sustainable Development. In an appeal for greater funding for basic science to tackle the multiple crises the world faces, Dr Nair-Bedouelle urged the audience to seize the opportunity offered by this International Year ‘to give our scientists everywhere the chance to stand on the shoulders of giants to see further’.