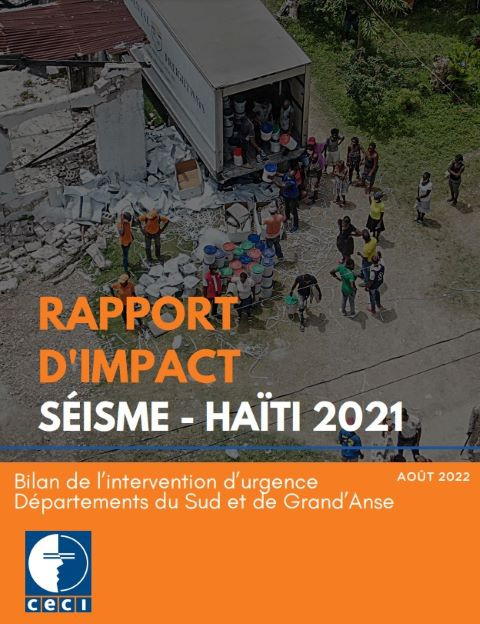 On August 14, 2021, a magnitude 7.2 earthquake struck the Great South of Haiti with full force, causing nearly of 2,300 dead and considerable material damage. This new natural disaster has come to worsen an already difficult socio-economic situation for families in this region of Haiti, which was barely within the devastating aftermath caused by Hurricane Matthew in 2016. From the first hours following the earthquake, CECI-Haiti, which was already carrying out 6 development in the departments of Grand-Anse and Sud, mobilized its teams to support government authorities, assess the needs of the population, in particular those of families and women, take stock of the damage and establish an action plan for recovery. The cities the most affected in the eastern region of the Grand'Anse department were the municipalities of Camp-Perrin, Roseaux, Coral, Beaumont, and Pestel.

For the first emergency, the following priorities had been identified:

To provide a rapid and significant response to urgent needs, CECI received funds from the public Canadian and obtained funding from the Ministry of International Relations and La Francophonie of the Government of Quebec.